The original St. Luke’s Church had an organ installed in 1898. When the new building opened in 1905, another organ was installed at that time. As the organ was hand-blown, it was necessary to have someone paid to provide wind whenever the organ was used whether for practice or service. This, of course, made it very difficult for an organist to practice, particularly if the mood struck.

In November, 1910, the renowned firm of Casavant Frères, St. Hyacinthe, Quebec installed a new organ in the newly-added Chancel of the church. The entire cost of the instrument was raised by the ladies in the Organ Guild. Opus 424 consisted of three manuals and 30 stops.

An echo organ by Casavant Frères was given to the church and installed in 1912. The several ranks of pipes were arranged in an opening created by the removal of the west window on the second floor of the newly-completed tower. The organ now consisted of three manuals and 36 stops.

Both organs were controlled from the console installed in the north (Cantoris) side of the quire in the chancel.

When a long time and influential parishioner, Mr. W.H. Gardiner, died in 1951, monies were left to the church to renew the organ, a bequest fully in keeping with his interest in music and liturgy. A new organ and organ façades were designed by Dr. Herbert White, the Organist at the time, who was an architect.

In a booklet published for the dedication of the new organ in 1953, it says that the new design was to provide "an instrument capable of three functions: (1) adequately to accompany the liturgical services; (2) to be adequate for the whole range of organ music from the early seventeenth century, through the Romantic School, to the present day; (3) to suit the acoustics and the difficulties peculiar to our own building ... In appearance, the Churchwardens and Vestry felt that the organ should form a visible memorial to its benefactor and should be in keeping with the English Gothic architecture of our church."

The array of pipes in the façade which used to be on the north side of the nave beside the pulpit was removed, and the new organ cases installed. The new console was placed across the aisle from the former location to the south (Decani) side of the quire. It was originally oriented so that the Organist faced across the quire rather than face the chancel screen as he does now.

The organ was reconstructed and a new console built by the renowned British firm Wm. Hill & Son and Norman & Beard Ltd., incorporating mechanicals and pipework from the 1910 Casavant organ. The new organ had approximately 4,000 pipes, 120 miles of electrical cabling, 8,000 electrical contacts and two electric blowers. The new console was now four manuals and the specifications had grown to 61 stops.

In 1979, R. Buck and B. Mantle of Winnipeg made revisions to the tonal structure and specifications of the organ. Still four manuals, but now, 59 stops.

In 2001, a solid state logic capture action replaced the rather temperamental mechanical capture action with 25 channels of memory and an increased number of console controls.

With the last revisions, the console remains at four manuals but now controls 66 ranks of pipes. There are seven ranks prepared for which will, when installed, bring the pipe count up to 73 ranks. 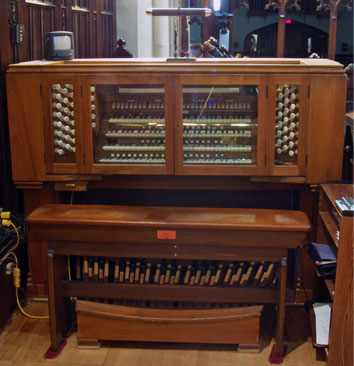 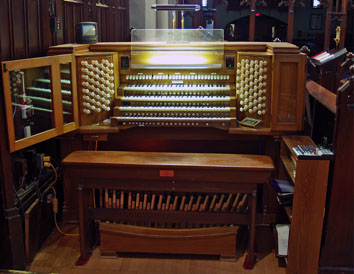 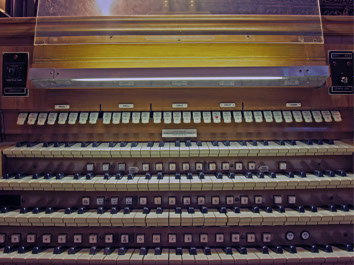 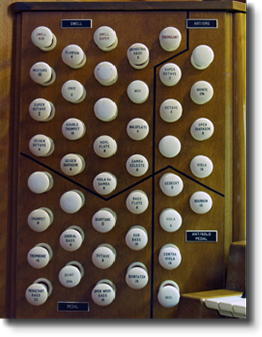 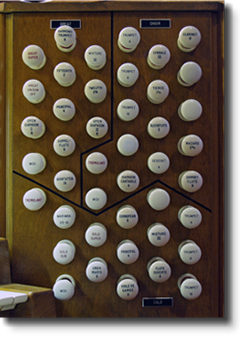 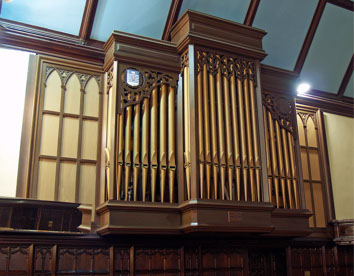 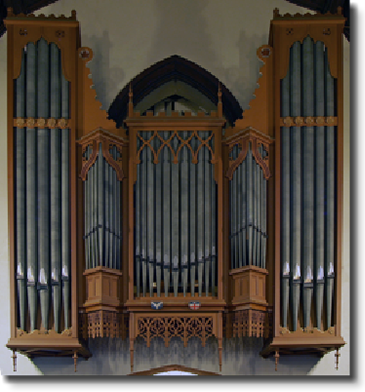