St. Luke the Evangelist - the person 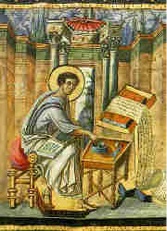 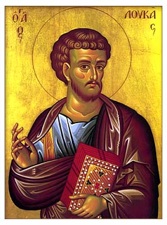 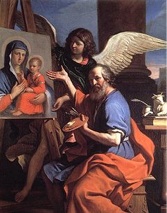 Saint Luke was a first generation Christian, a companion of Saint Paul, and the author of two important sections of the New Testament: the Gospel According to Luke and the Acts of the Apostles.

Luke was a Gentile (not mentioned as a Jew by Saint Paul in Col. 4:10-11), a Greek (according to Saint Jerome), perhaps born in Antioch (per Eusebius), and a medical man by profession – Saint Paul speaks of him as 'our beloved Luke, the physician' (Col. 4:14).

The Gospel that bears Luke's name was obviously written by a Gentile Christian for Gentile Christians. Although Jesus Himself lived and worked almost entirely among Jews, He frequently reached out to non-Jews. Whenever Jesus has dealings with, for example, Syrians, or whenever He praises a Roman centurion, Luke tells us about it. He also shows Jesus' special friendship with the outcasts of society and his love of the poor.

Luke stresses God's mercy and love of all humankind. He alone records the parables of the lost sheep, the Good Samaritan, the prodigal son, the Pharisee and the publican, the barren fig tree, Dives and Lazarus. He is also the only one to record Jesus' forgiveness of a certain notorious sinner (sometimes thought to be Mary Magdalene, see Luke 7:47), His promise to the good thief (Luke 23:43), and His prayer for his executioners (Luke 23:34). And he is also the only evangelist to record the Ave Maria the Magnificat, the Benedictus, and the Nunc Dimittis, which are all used in the Liturgy of the Hours (Night, Evening, Morning, and Night Prayer respectively). Luke also emphasizes the call to poverty, prayer, and purity of heart, which comprise much of his specific appeal to the Gentiles.

Luke also wrote the Acts of the Apostles, which might more appropriately be known as the Acts of the Holy Spirit. This is a continuation of his Gospel account, though the Acts may have been written first. According to Eusebius and Jerome, Acts was written during Paul's imprisonment, though Saint Ireneaus says it was written after Paul's death c. 66. Eusebius says that the Gospel was set down before Paul's death, Jerome says after, and an early tradition records it as being composed shortly before Luke's own death.

Legend has him as one of the 72 disciples, and some scholars identify him with Lucius of Cyrene, a teacher and prophet at Antioch (Acts 13:1) and with Lucius, Paul's companion at Corinth (Rom. 16:21). We don't know exactly when he was converted; perhaps in 42 when Saint Paul and Saint Barnabas came to preach at Antioch, or possibly even earlier when the Christians fled from Jerusalem to Antioch after the stoning of Saint Stephen.

Certain passages of Acts, written in the first person plural, are usually held to show that the writer was with Saint Paul on parts of his second and third missionary journeys and on the voyage to Italy, when the ship was wrecked off the coast of Malta (Acts 16:10ff; 20:5ff; 27-28). He was with Paul during both his first and second imprisonments. In his letters, Paul thrice (AD 61-63) refers to Luke's presence in Rome, writing to Timothy, 'Luke is my only companion.'

Between the two missionary journeys (AD 51-57), he stayed at Philippi as a leader of the Christian community. Then he rejoined Saint Paul on the third trip, meeting him in Macedonia and accompanying him to Jerusalem. Thereafter, he was Paul's constant companion. He was with Paul after his arrest in the Temple and during the two years (57-59) of his imprisonment at Caesarea. When Paul appealed to Caesar, Luke went with him and was shipwrecked with Paul on the coast of Malta. Until St. Paul's martyrdom in 67, Luke never left his side.

Nothing can be confirmed about St. Luke's life after being with Paul in Rome. Some sources say he died, unmarried, in Boeotia, Greece, at the age of 84, 'full of the Holy Spirit.' Alternatively, he is said to have been martyred, but the fact is we have no conclusive information.

Though Luke may never have known Our Lord in the flesh, it is possible that he did know the Mother of Jesus, and John, the apostle and author of the fourth Gospel. It is reasonably certain he was in Rome at the same time as St. Peter and St. Mark and, while in the company of Paul, must surely have met many more of the first disciples.

Saint Luke is the patron saint of physicians and surgeons (and also of guilds of artists, art schools, and painters of pictures because later tradition in the Greek Church claims that Luke was also an artist).

Almighty God, who calledst Luke the Physician, whose praise is in the Gospel,

to be an Evangelist, and Physician of the soul:

May it please thee that, by the wholesome medicines of the doctrine delivered by him, all the diseases of our souls may be healed;

through the merits of thy Son Jesus Christ our Lord. Amen.

– The Collect for the Feast of St. Luke the Evangelist, 18 October. 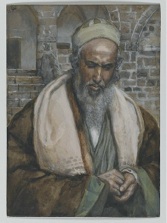 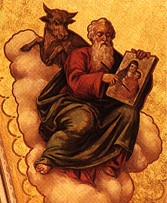 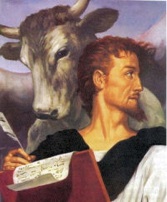